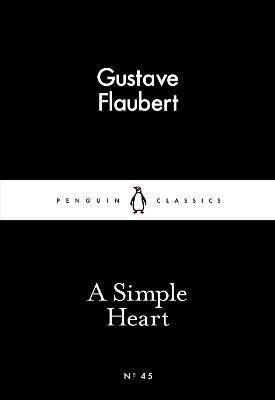 One single noise reached her ears now, the voice of the parrot.With an attention to the details of bourgeois life considered almost scandalous at the time,yes'>#160;A Simple Heartyes'>#160;will remind many why Gustave Flaubert was acclaimed as the first great master of realism. But this heartbreaking tale of a simple servant woman and her lifelong search for love meant something else to Flaubert. Written near the end of his life, the work was meant to be a tribute to George Sandyes'>mdash;who died before it was finishedyes'>mdash;and was written in answer to an argument the two were having over the importance of realism. Although the tale displays his virtuosic gift for telling detail, and is based on one of his actual servants, Flaubert said it exemplified his belief that "Beauty is the object of all my efforts." This sparkling new translation by Charlotte Mandell shows how impeccably Flaubert achieved his goal.The Art of The Novella Series Too short to be a novel, too long to be a short story, the novella is generally unrecognized by academics and publishers. Nonetheless, it is a form beloved and practiced by literature's greatest writers. In the Art Of The Novella series, Melville House celebrates this renegade art form and its practitioners with titles that are, in many instances, presented in book form for the first time.