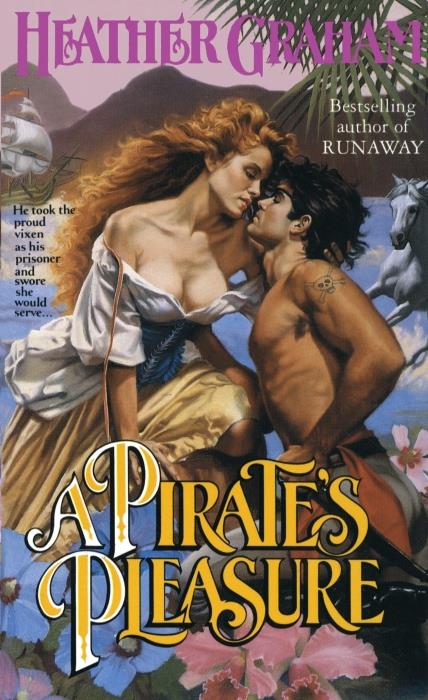 He took the proud vixen as his prisoner and swore she would serve . . . She was his defiant captive. With her flame gold-hair and azure eyes, Skye Kinsdale was a prize beyond compare. Betrothed to a lord she'd never met, she set sail for America sworn to reject him on sight until the infamous pirate Silver Hawk seized her ship and banished all other men from her life. Burning with rage and passion, she was determined to destroy the arrogant buccaneer, to be free at any cost . . . He was her keeper . . . and her slave The black prince of the seas, he was feared by pirate and privateer alike. Silver Hawk vowed he would have the vixen, make her crave his savage embrace. She was his--by law of the sea. The man who commanded a Caribbean kingdom swore he would teach his wild temptress to love, to surrender to the lawless thrill of . . . A Pirates Pleasure .