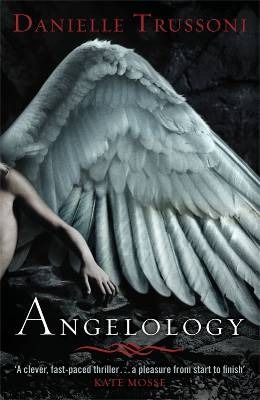 The Nephilim were on the earth in those days Genesis 6:4 When Sister Evangeline finds mysterious correspondence between Mother Innocenta of the Saint Rose Convent and legendary philanthropist Abigail Rockefeller, it confirms Angels walked among us - and their descendants, the cruel Nephilim, still do.


Indeed, the Nephilim are hunting for artefacts concealed by Abigail Rockefeller during the Second World War - objects that will ultimately allow them to enslave mankind - and have so far been prevented from reaching their apocalyptic goal by one, clandestine organisation: The Angelology Society.


And if the Angelologists are to stand any chance of winning this new battle in the ages-old war, they must find the artefacts first. But their fate rests in the hands of innocent Sister Evangeline, who holds the key to unlocking Abigail Rockefeller's hiding places . and whose own destiny may yet find her prey to the terrifying Nephilim army, with horrifying consequences for humanity.