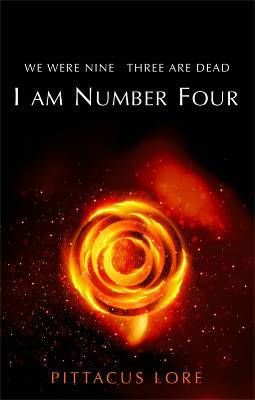 Nine teenagers and their guardians are hiding on Earth . protected by a charm that means they can only be killed in numeric order, three are already dead. John Smith is Number Four. And his mortal enemies, the Mogadorian, are hunting him down.

The only way to keep off radar is to keep moving, never staying in one place for long. Finally in the firing line, all he can do is adopt the guise of a student and pray his unusual gifts - his legacies home; Planet Lorien - stay hidden long enough for him to settle into this new community.

But others seem to sense his otherness and when small-town life sucks him into its intrigues, it's only a matter of time before his true nature is revealed. And that means there's no space for love, friendship or a future if it means protecting not only himself, but the other five .

Reminiscent of Smallville and Heroes, here finally is a thriller with awesome pace, mindblowing special effects and a breathtaking high concept. It demands to be read in one sitting.