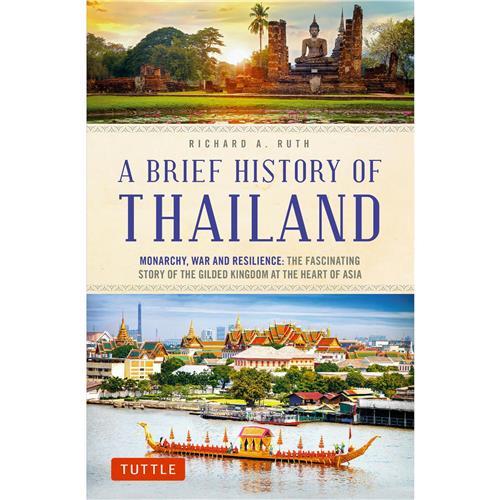 Thailand is known for its picturesque beaches and famous temples, but there's much more to this popular holiday destination than many realize.

A Brief History of Thailand offers an engaging look at the country's last 250 years--from coups and violent massacres to the invention of Pad Thai in the 1930's. Readers will learn the vibrant story of Thailand's emergence as a prosperous Buddhist state, its transformation from traditional kingdom to democratic constitutional monarchy and its subsequent rise to prominence in Southeast Asian affairs.

Thailand's dramatic history spans centuries of conflict, and this book recounts many of these fascinating episodes, including:

The true story of Anna Leonowens, the British governess hired to teach the children of King Mongkut, fictionalized in Margaret Landon's bestselling novel Anna and the King of Siam and turned into a hit Rodgers and Hammerstein musical and film, The King and I The bloodless Siamese Revolution of 1932 that established overnight the first constitutional monarchy in Asia, ending almost eight centuries of absolute rule and creating a democratic system of parliamentary government The Japanese invasion of Thailand and construction of the "Bridge Over the River Kwai" made famous by the novel and Oscar-winning film The mysterious death of King Ananda Mahidol, murdered in his bed in 1946, and a source of controversy ever since The development of Thailand as an international playground during the Vietnam War, when American military used it as rowdy destination for servicemen on furlough The 70-year reign of King Bhumibol Adulyadej, the world's longest-serving monarch, who was born in the U.S., educated in Switzerland, loved to play the saxophone and was idolized by his people.