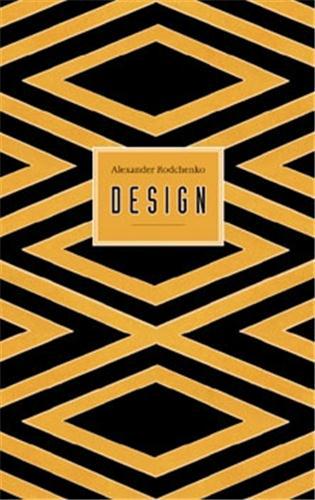 This is a new title in the Design series and an excellent introduction to the life and work of this versatile Russian artist. Alexander Mikhailovich Rodchenko (1891-1953) was a central figure in the Russian Constructivist art movement; a radical activist, a pioneer of photomontage, a theorist, and a teacher. He was an active force in the organization of the first museums of modern art that arose in Russia in the first years after the Russian Revolution of 1917. Attending art school in 1914 in Kazan was to be a defining influence: that year Russian Futurists performed in the town, and Rodchenko saw their leading figures in action. It transformed his vision and he was still working with Futurist artists and their ideas twenty-five years later. And it was at art school where Rodchenko first met the artist Varvara Stepanova, with whom he collaborated extensively, and who would become his life-long partner. Central in the re-examination of art and its place in society after the Revolution, and in the search for a new culture without the class implications of the past, Rodchenko's radical approach proposed a new understanding of a constructed, rather than a tastefully composed, culture. This concise, comprehensive and informative work focuses largely on Rodchenko's graphic work in the form of book jackets, posters and advertising.