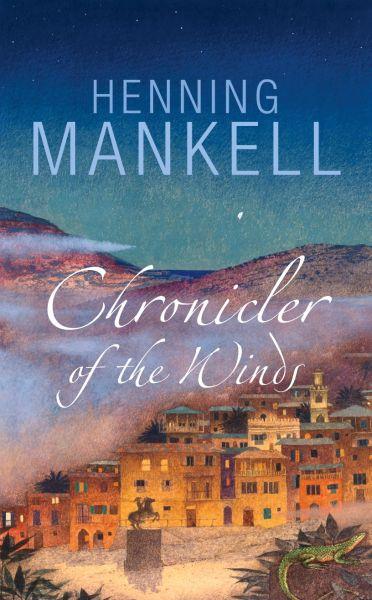 One night José Antonio Maria Vaz hears gunfire from the deserted theatre next door to his bakery. He races to the theatre's uppermost gallery, and there beneath him on a spotlit stage lies the wounded body of Nelio, a street urchin renowned for living on his wits. Gasping, the wounded boy asks to be taken to the roof to breathe the beautiful air fresh off the Indian Ocean. On that theatre roof, his life ebbing away, Nelio begins his story.

At the age of five, Nelio watched helplessly as his village was burned to the ground and his people were massacred by bandits. He escaped by chance; a man handed him a gun and ordered him to shoot another boy, but instead he turned the gun on the bandit and ran. He made his way to the coast, encountering en route bizarre characters who gave him guidance. Upon arrival in the city Nelio joined a rough street gang, and began a very different way of life.

Henning Mankell's Chronicler of the Winds is a dazzling new venture from the master of crime; a beautifully told fable of the African continent.