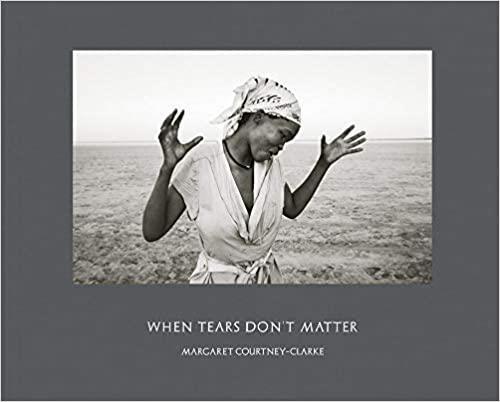 How dispossession and climate change have wreaked destruction on the bushmen of the Kalahari Desert.

Following her 2017 book Cry Sadness into the Coming Rain, Margaret Courtney-Clarke (born 1949) now turns her lens to the bushmen of the Kalahari Desert. The inspiration for When Tears Don't Matter comes, in part, from her grandfather's photographs of almost a century earlier during his mandate as Secretary for South West Africa (now Namibia), some of which are reproduced here. More than 6,000 miles of formidable terrain takes Courtney-Clarke across bushveld, sand and salt pans to drought-stricken conservancies, farming communities that function as holding tanks for "cultural villages" and peri-urban squatments.

Largely invisible to the outside world, the bushmen today are dispossessed of their land, sidelined by economic inequity and outdated mythologies that present them as living in an "uncontaminated" state. Courtney-Clarke's photographs lie at the crossroads between documentary and activism.