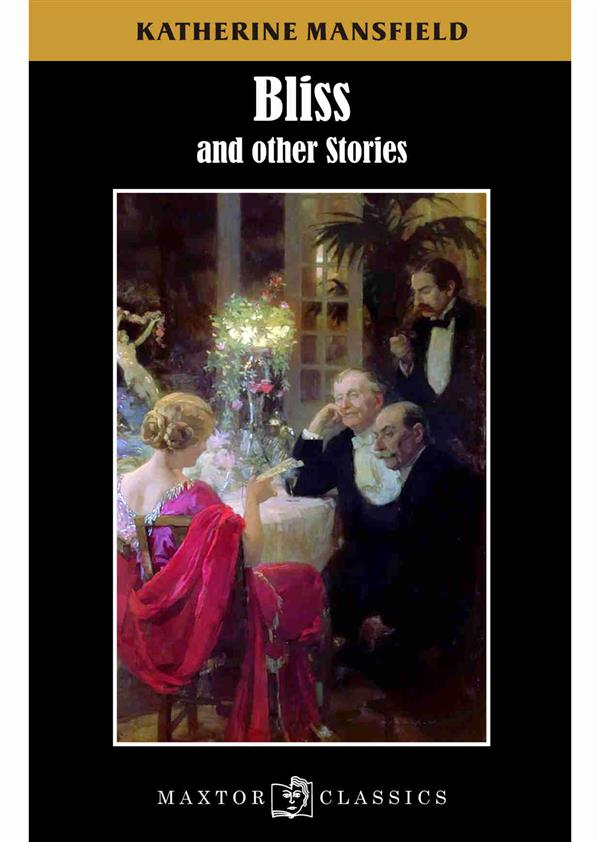 Bliss ; and other stories

«There was not an inch of room for Lottie and Kezia in the buggy. When Pat swung them on top of the luggage they wobbled; the grandmother's lap was full and Linda Burnell could not possibly have held a lump of a child on hers for any distance...» Bliss is a modernist short story by Katherine Mansfield first published in 1918. It was published in the English Review in August 1918 and later reprinted in Bliss and Other Stories.
The story follows a dinner party given by Bertha Young and her husband, Harry. The writing shows Bertha depicted as a happy soul, though quite naive about the world she lives in and those closest to her. The story opened up a lot of questions, about deceit, about knowing oneself and also about the possibility of homosexuality at the start of the 20th century. The story gives us a bird's eye view of the dinner party, which is attended by a couple, Mr. and Mrs. Norman Knight, who are close friends to Bertha and Harry. Guest, Eddie Warren, is an effeminate character, who adds an interesting mix to the party.