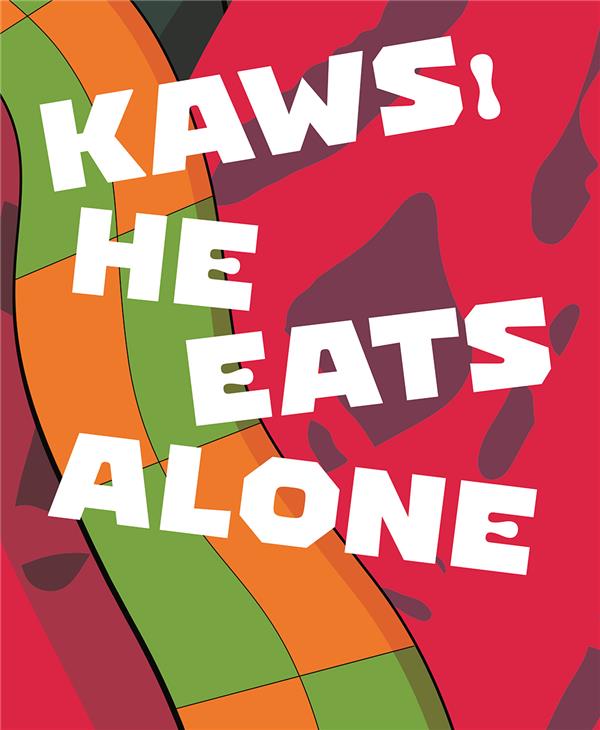 His catalogue, edited by Germano Celant, documents the first exhibition in the Middle East by KAWS (Brian Donnelly, born 1974, USA). The solo show explores his career and vast oeuvre and features painting and sculpture made over the past 20 years. KAWS' imagery has long possessed a sophisticated, dark humour, revealing the interplay between art and consumerism, referencing both art history and pop culture.
Donnelly began his career in street art in the 1990s, becoming synonymous with the name KAWS, a tag that became a staple in his 'sub-vertisments' (modifications of commercial works). Later on, through his toy figurines and larger-than-life sculptures, KAWS has become a global phenomenon - not just of the art world, but in popular culture as well. KAWS : HE EATS ALONE is presented at the Fire Station in Doha.
The exhibition begins in the Garage Gallery where over 40 sculptures and paintings are displayed in a labyrinthine space designed by the New York studio 2×4. Across the courtyard above the café, the Archive showcases a collection of the artist's limited edition works. At the centre of the courtyard, the 5-metre-tall sculpture COMPANION (PASSING THROUGH) is seated with hands covering its eyes. The journey concludes at the Dhow Harbour on the Corniche, where the larger-than-life inflatable sculpture HOLIDAY reclines against the backdrop of the Doha city skyline.