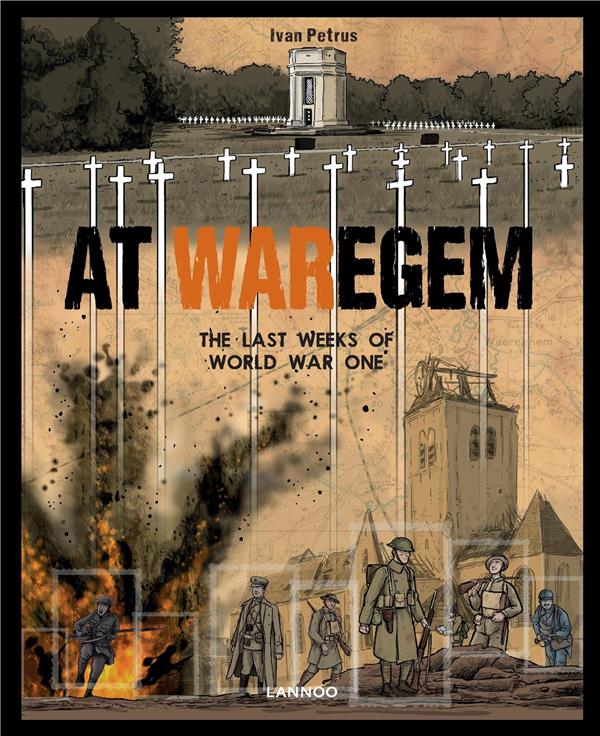 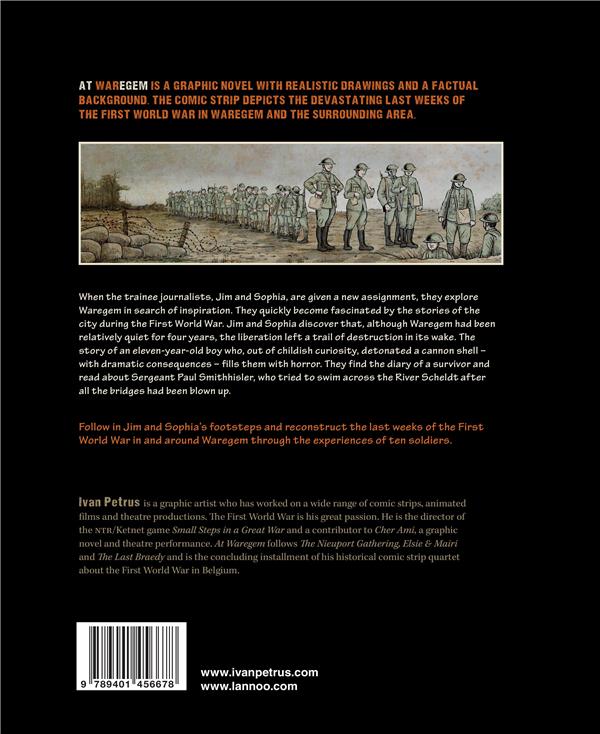 At Waregem ; the last weeks of World War One (édition en anglais)

At Waregem is a graphic novel with realistic drawings and a factual background. The comic strip depicts the devastating last weeks of the First World War in Waregem and the surrounding area.

When the trainee journalists, Jim and Sophia, are given a new assignment, they explore Waregem in search of inspiration. They quickly become fascinated by the stories of the city during the First World War. Jim and Sophia discover that, although Waregem had been relatively quiet for four years, the liberation left a trail of destruction in its wake. The story of an eleven-year-old boy who, out of childish curiosity, detonated a cannon shell - with dramatic consequences - fills them with horror. They find the diary of a survivor and read about Sergeant Paul Smithhisler, who tried to swim across the River Scheldt after all the bridges had been blown up.

Follow in Jim and Sophia's footsteps and reconstruct the last weeks of the First World War in and around Waregem through the experiences of ten soldiers.